How do you launch a new series with your potential viewers? Viaplay Original and Smartson are set to promote the new series Heder with the help of 1,750 reviewers in Sweden.

The streaming landscape in music, film, TV series and podcasts is undergoing rapid growth. It is a market that is dominated by global players like Netflix, HBO, Apple Music and Spotify among others. An interesting trend is that several Nordic players continue to grow despite high competition. Both global and regional players are also currently investing in local content in their target markets - a strategy that the Nordic streaming platform Viaplay is now accelerating.

– We will accelerate the investment of local Swedish original series which will play a very important role in our content offering in the future. The investment in locally produced content is a clear differentiating factor for Viaplay, and we plan to produce at least 20 Nordic series every year.

The power of recommendations

In collaboration with Smartson the launch of Heder, the latest Original series created by Viaplay, has been based on attracting, engaging and converting new viewers with the help of recommendations.

– During the summer, the first episode was released to reviewers in Smartson’s network to create previews. The VIP showing was exclusive for a smaller group and their previews have since verified the series rating, but also created unique user generated content which is now being amplified for the big launch during the fall, says Malin Ljung, Head of Production at Smartson.

– It is of the utmost importance for us that the news about new films and series is disseminated through authentic recommendations and word-of-mouth. It is a very effective way to reach a wider mass that you as a company cannot buy, and many listen to recommendations from friends and acquaintances.

About the mission: Heder is a new thriller series from Viaplay, produced by Bigster with Alexandra Rapaport, Anja Lundqvist, Julia Dufvenius och Eva Röse in the lead roles. Smartson invited 250 reviewers for a preview of the first episode, with the aim of sharing their thoughts in a video review. During the launch week in September, another 1,500 viewers will share their reviews. Heder consists of eight episodes.

Do you want to know more about how to engage your customers from innovation to launch? Drop us an email at hello@smartson.se 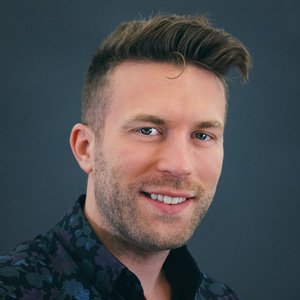